It's that time of year again. I guess this has become an annual thing for me to post at this time of year. Time for me to reflect on the previous years weddings and shoots and choose a few of my favourite photos and briefly explain why I like them. Most of the time it's not the most technically perfect shots I chose. Instead, I tend to go for the natural 'in the moment' shots that can never be repeated.

Needless to say, I enjoyed all the weddings I shot in 2017 and met some lovely couples and guests along the way. I won't lie, picking just a few to post here was quite difficult, but here goes... 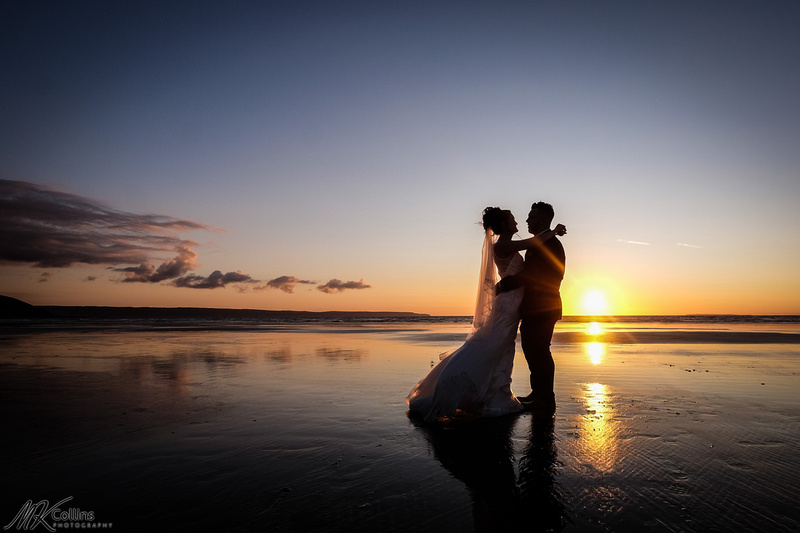 Okay, lets get the obligatory sunset photo out of the way first! Every couple who has booked me over the years knows that I just love a sunset photo of the bride and groom. It's just something I like to get for couples on their wedding day, especially on a beach if possible. I managed to bag this shot of Amie & Dean on Westward Ho! beach just as the sun was disappearing below the horizon. Although not technically perfect, I love how they are silhouetted. 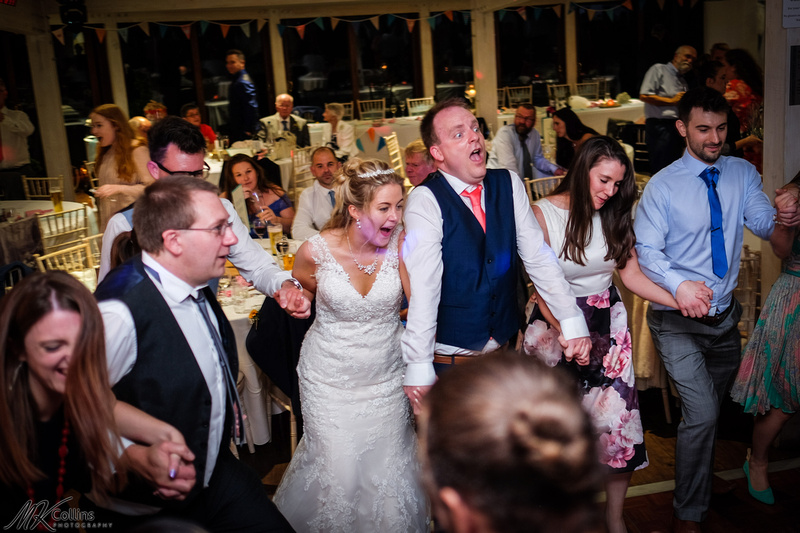 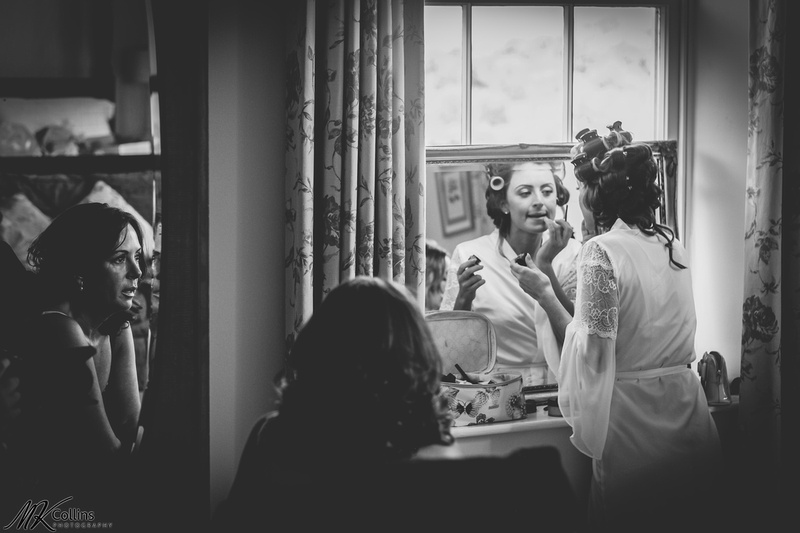 Bridal preparation is one of the best times of the day to shoot as I often get to capture the bride-to-be and her full range of emotions. From calm and chilled to nervous and excited all within the space of an hour or so. It can also be an emotional time for the parents too. Here I captured a mirrored reflection shot of Anya's mother pensively looking on whilst her daughter is getting ready to become a bride. 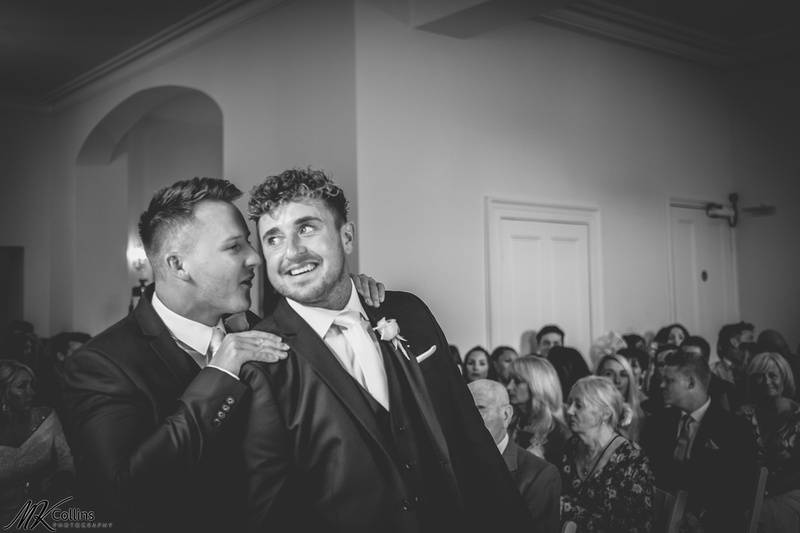 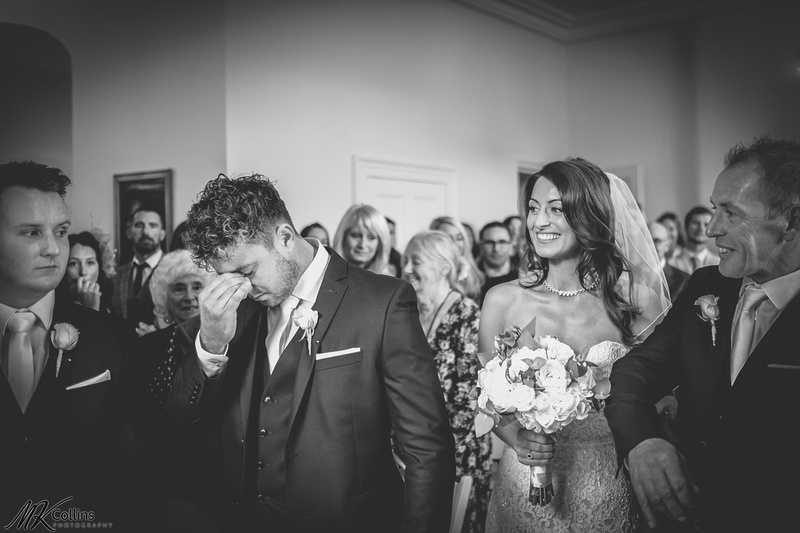 Two shots again from the same wedding as the above shot. Both were shot within seconds of each other. The first one has groom Jim nervously waiting for his bride with a word of encouragement from his best man, causing him to smile and the next moment in tears reacting to seeing his bride Anya walking down the aisle. These moments are absolutely priceless. 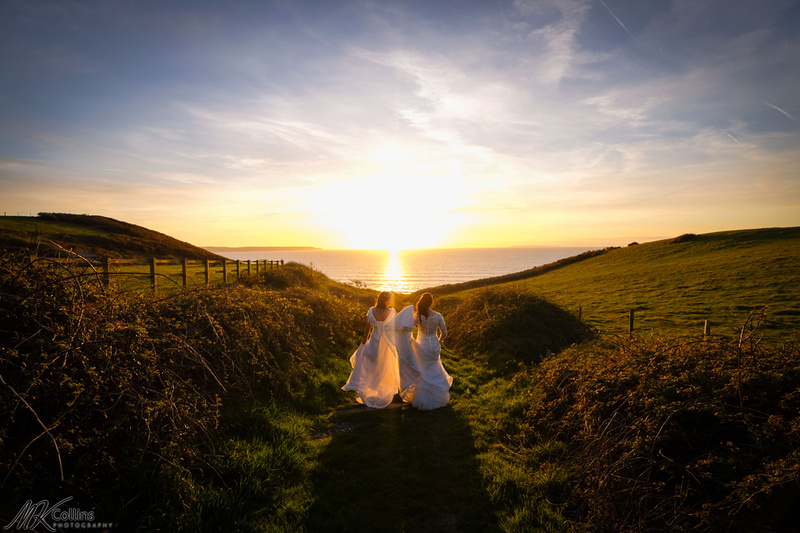 Oh no not another sunset photo! Apologies, but I had to include this shot of brides Caroline and Nichola strolling away towards the sunset at Ocean Kave. I love the swath of sunlight on their dresses and the view isn't bad either! 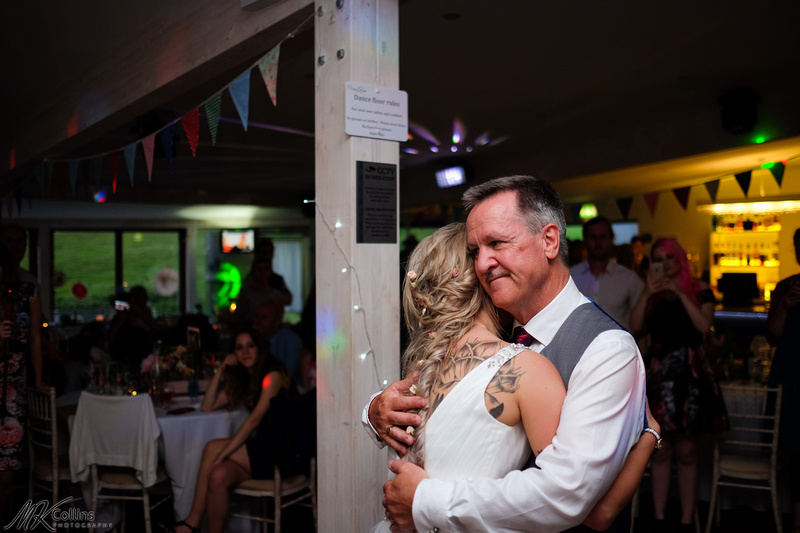 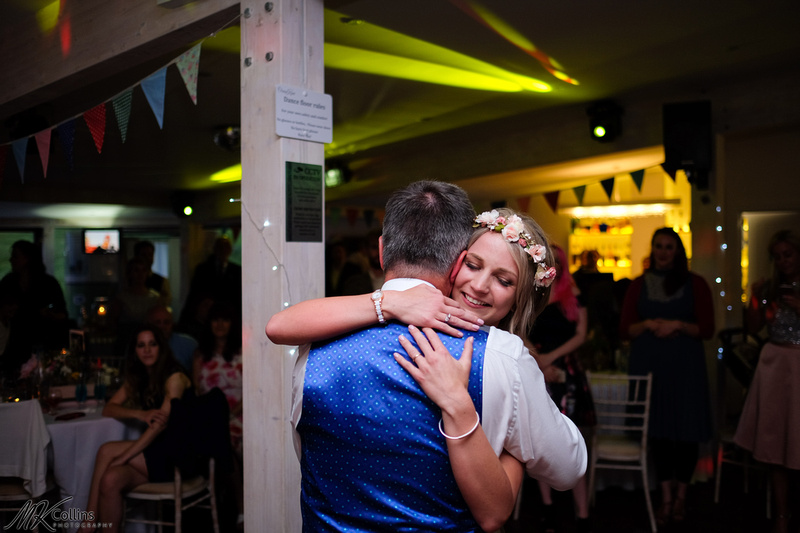 Here is yet another double set from the same wedding. This time showing both sides of the Father Daughter dance, a real rarity at weddings these days which is such a shame. I think the expressions from bride Georgie and her father speak for themselves. I could tell from watching them both throughout the day that they had a special father/daughter bond and was hoping to capture these kinds of shots during the dance and they didn't disappoint. I must make a note to suggest to future brides that if possible having a dance with Dad, normally after the main first dance, is a very good idea. I think this year out of the 30 odd weddings I shot, just two had them. 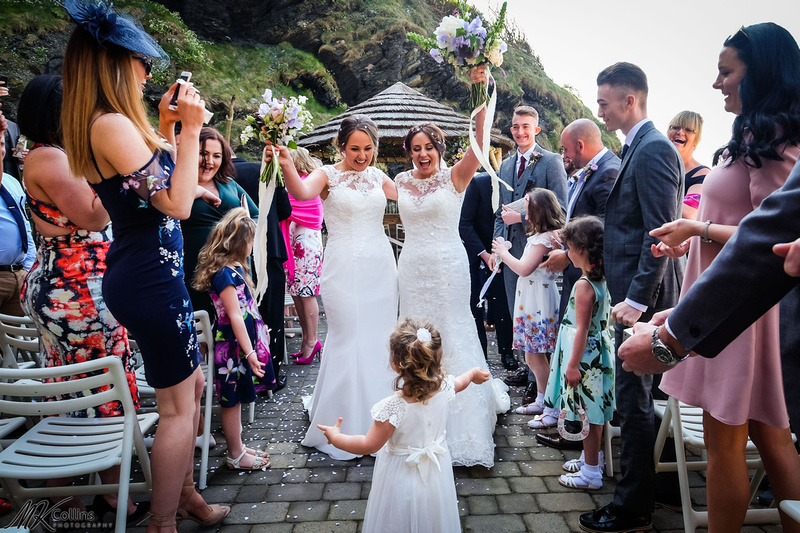 The joy of coming down the aisle after the wedding ceremony is clear in this photo of Keri and Lauren shot at Tunnels Beaches. 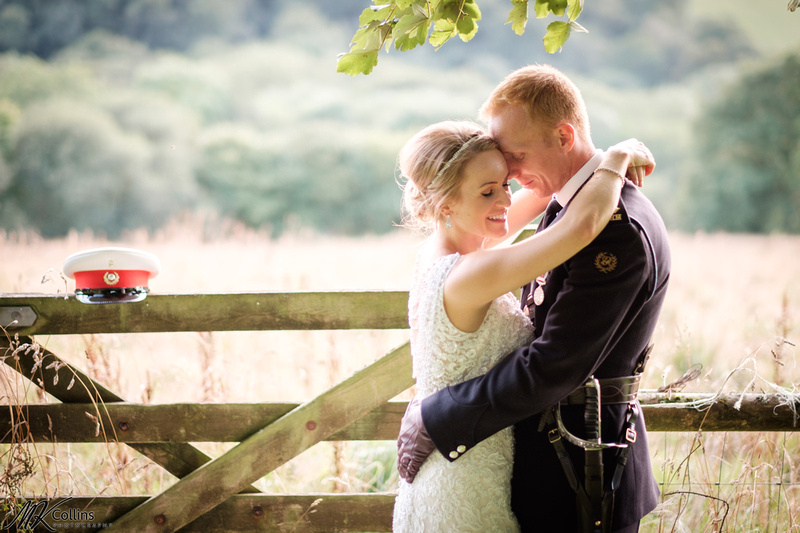 When I take the bride and groom off for their wedding portraits I sometimes have to try and gauge how natural and comfortable they are in front of the camera and do a variety of things to make them feel comfortable and at ease. I had no such worries with Lynsey and Jez at Country Ways because I had shot them a few months previous during their pre wedding shoot and noted how beautifully natural they were back then. So on their wedding day I barely had to direct them to achieve a beautiful shot like this. Placing them in similarly gorgeous natural light at the location was also a factor. 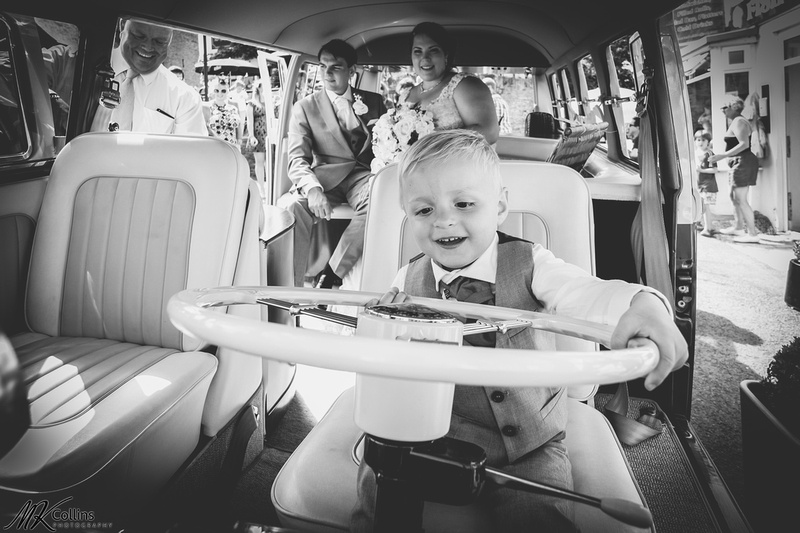 One of my favourite moments of the year from one of my favourite weddings of the year. I can't remember who suggested it (I'd like to take credit but can't be sure!) but Becca and Andy's son got behind the massive wheel of their hired VW Camper and l just had to squeeze in front to fire off a few shots. 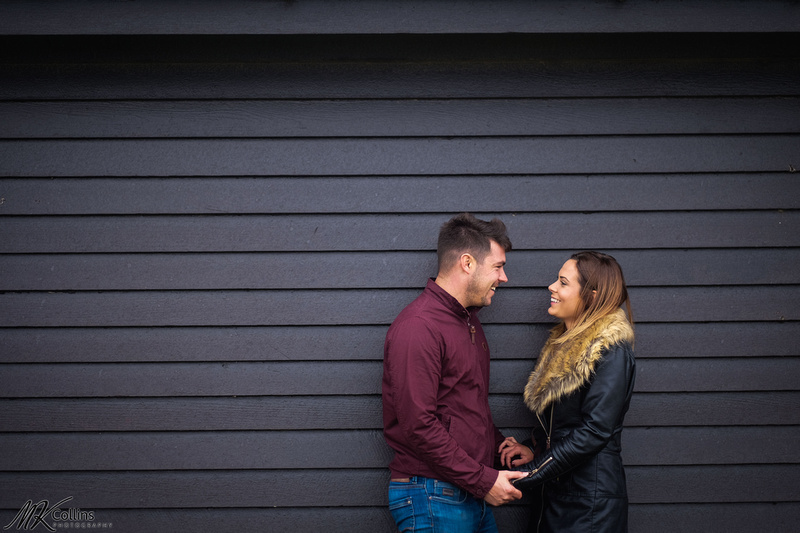 This is Gemma and Mitch during their pre wed shoot. I like this shot for a couple of reasons. Firstly it's a nice natural shot of them laughing and gazing lovingly into each others eyes. The other is it was a force 10 gale on Northam Burrows and I found this spot out of the wind at the visitor centre which gave us all a brief respite from the pounding conditions.  I think the background works really well here texture and colour wise, proving the most unusual places can serve as a good backdrop for a photo. 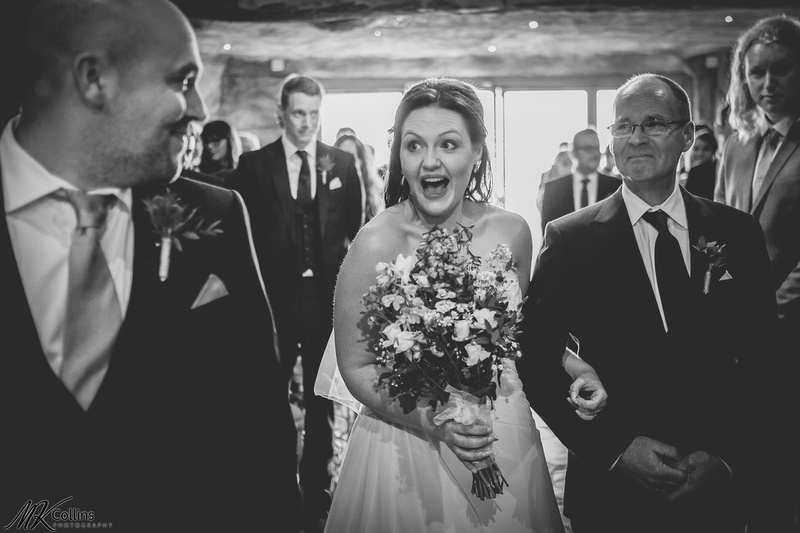 I like this photo of bride Nichola's facial expression as she meets her groom Alex at the Ocean Kave altar so much that I have since put it on the homepage of my website! I'll say no more.