This is the final part of my look back at some of my favourite shots from my weddings in 2013. This final part has shots from the reception part of the day, speeches, first dance etc.

This is taken at Lime Kiln Field in Croyde last August and the hired band, seen playing acoustically here, are being carefully watched by this little boy the way small children do when they are fascinated by something new to them. Maybe he's the next Bob Dylan, James Blunt, or Gary Barlow, who knows? He actually followed the band around for quite a while that night, even getting invited on stage later in the evening for some more tambourine playing with the full band. I have photos of that too, but chose this one as a favourite. The man in the background (right above the boy's head) is his father, who is looking on quite amused! 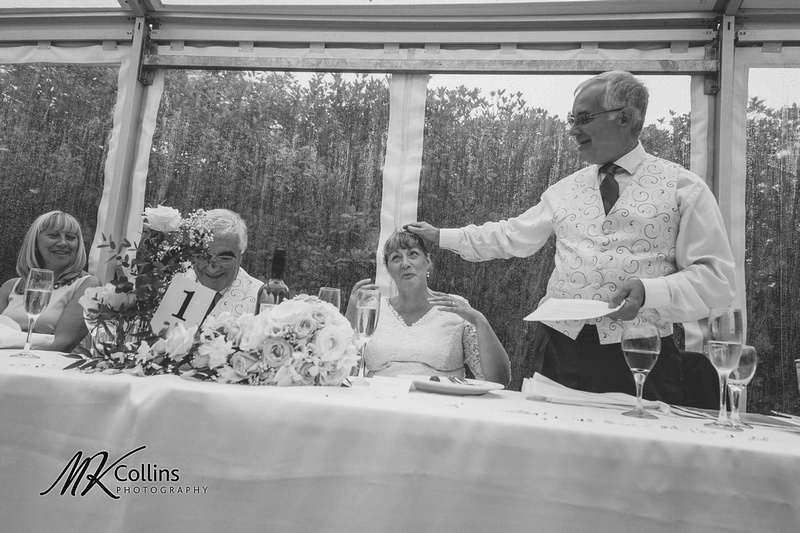 This was the reception of Maggie and Mike's wedding at Hallsannery in Bideford and as you can probably tell, this is the speeches. The man doing the speech is Mike's brother and I wish I could remember what he was saying to Maggie to make her pull this hilarious facial expression! From what I remember, it was a very funny speech. Not an easy thing to do by the way! 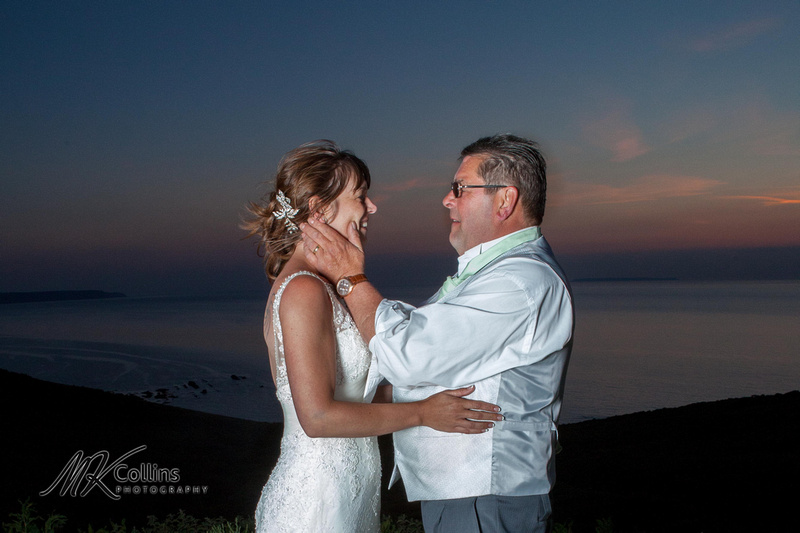 This photo was taken at Ocean Kave in Westward Ho!. I was actually taking some sunset shots of Claire and groom Paul, when Claire's father stepped in and the two of them started pulling some playful poses for the camera, when they suddenly stopped and shared a few private words. Of course I had to keep shooting and I'm glad I did as I would have missed this lovely proud father/daughter moment. 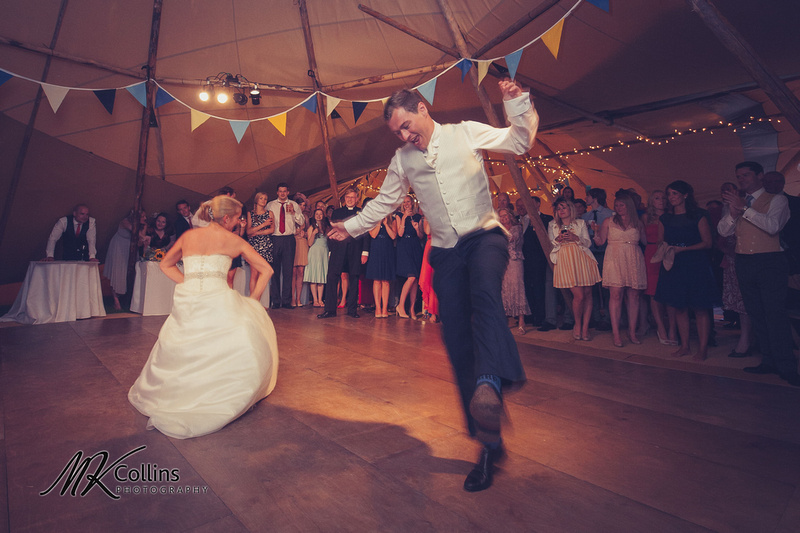 This is Liz and Richard during their 'first dance'. It started as a fairly run of the mill dance, albeit quite uptempo (Queen, Crazy Little Thing called Love) when all of a sudden the music changed to Shaggy's Mr Bombastic! What followed was a well rehearsed dance routine which wowed and surprised their guests. Being their wedding photographer, I was let in on their little secret and was well prepared. 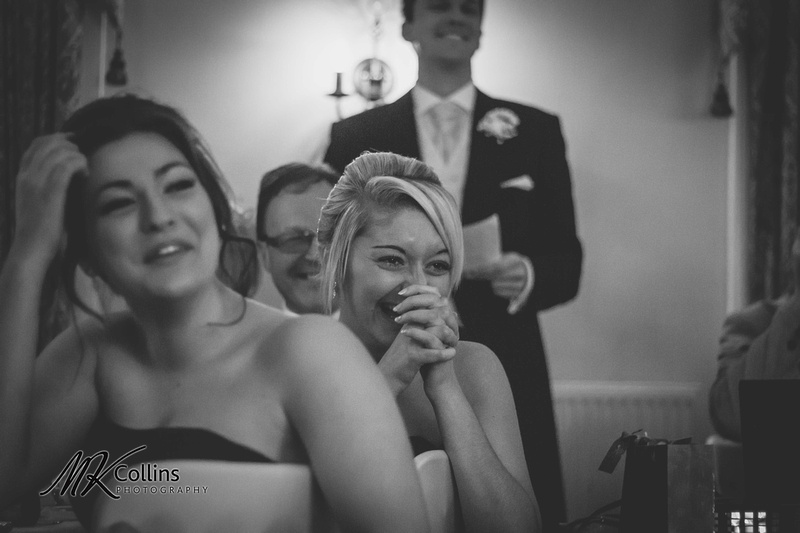 The speeches are a great time to capture real emotion at a wedding and this is one such photo. The bridesmaid Danielle is the brides sister and this was taken whilst the best man was doing his speech playing a slideshow of photos. A lovely expression. 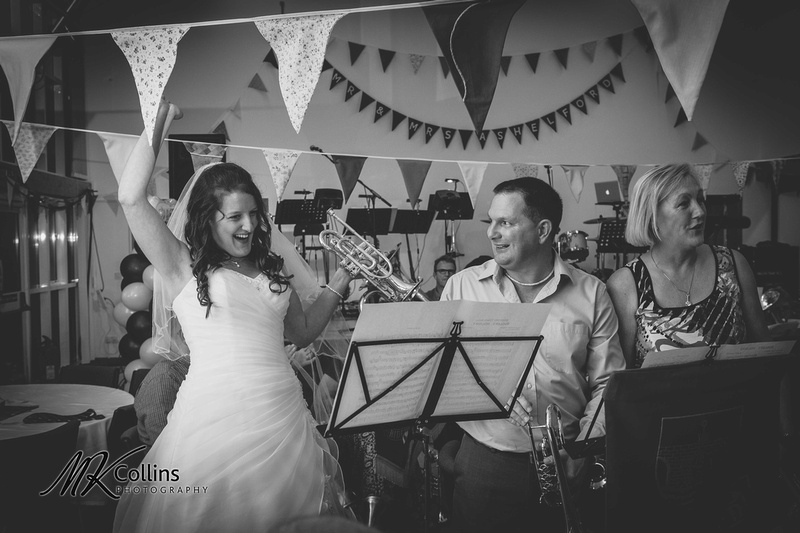 This was a first for me. A bride playing in her own wedding band on her wedding day! This is Nicola puffing away with the Bideford Brass Band at her reception in Langtree Village Hall. Wedding photography Gold! 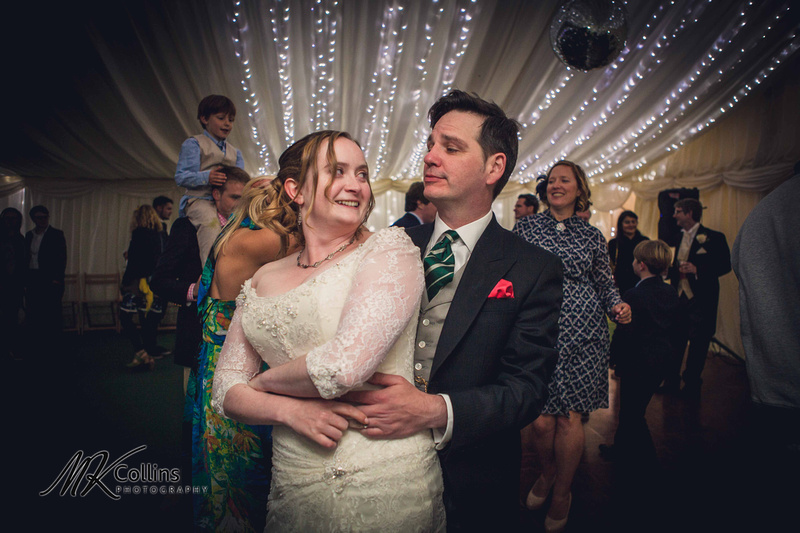 The first dance (again). I love Alys and Morgan's expression in this shot.